Well, today we get a break from the extreme cold. We climb well above zero degrees in Minneapolis/St. Paul, and we’re already at that elusive (lately) zero degree mark. Here’s the current temperature at Minneapolis/St. Paul from around 7am this morning:
Temperatures will rise to a much more comfortable level today – but do so at an expense for the Twin Cities, because we’re talking about a generally cloudy day and some flurry chances. Shouldn’t be more than flurries for the metro.
Note that warm-up today, tomorrow, and Friday. Note it – and enjoy it. Saturday and Sunday look to have some particularly heinous cold making its way in. Sunday’s high of zero degrees is actually an optimistic high – but the true optimism comes early next week, when we get a bump in temperatures by Tuesday. 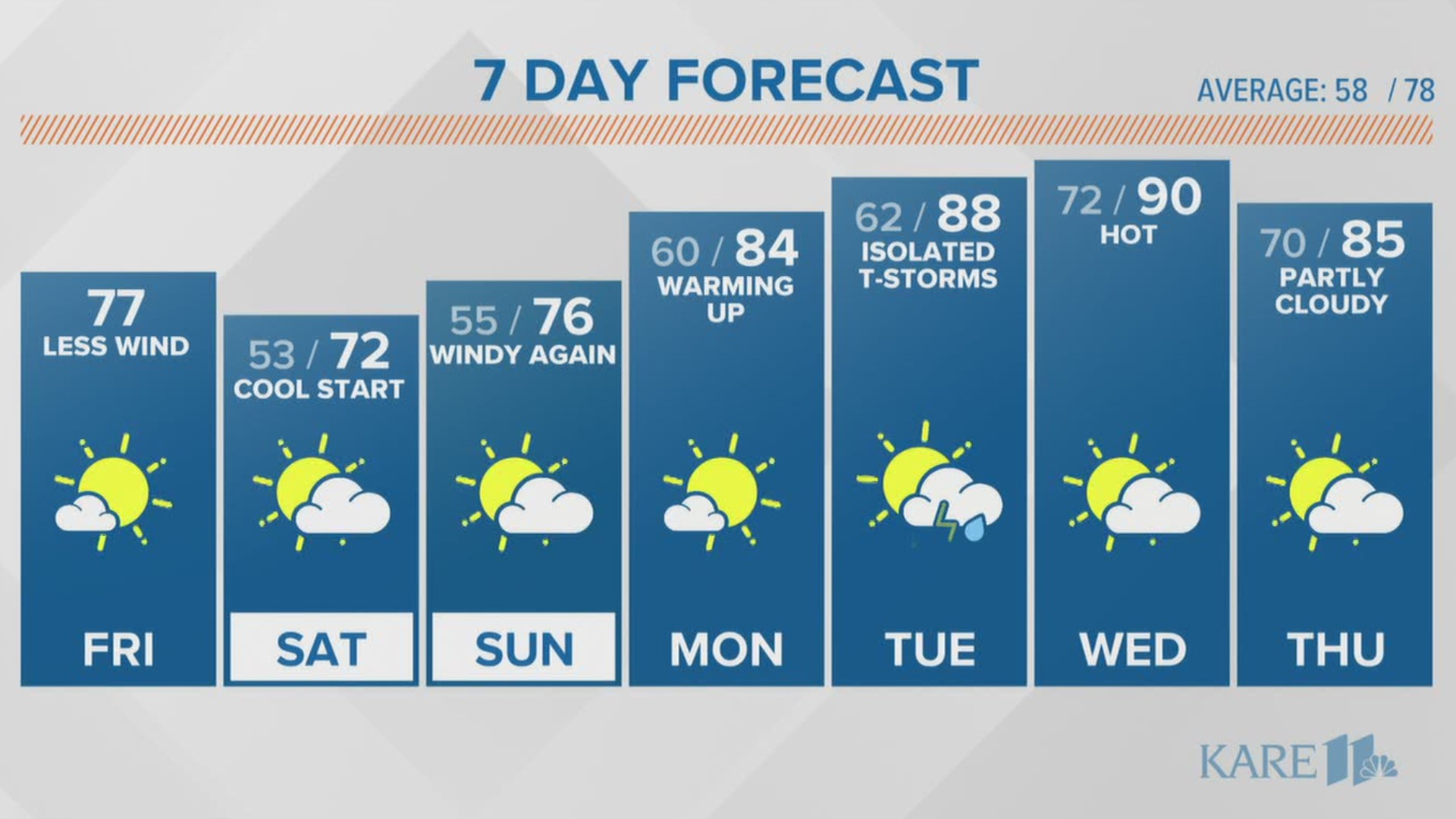 Thursday we’re still seeing the chance of light snow arriving, with very minor accumulations, and then the bottom drops out again.

Here’s the forecast radar map for Minneapolis/St. Paul as precipitation works its way in.
Then, those temperatures for the weekend forecast after Friday night. Yikes. Those pinks/purples/whites on the map below showcase what could end up being the coldest air we see this winter (we can only hope) arriving in the region by Sunday morning.

Upton 43 is a Swedish-American restaurant that recently opened in the Linden Hills neighborhood. The front of the building is unassuming, but we were wowed when we viewed the interior, which is sleekly modern with a techno vibe. Tables and booths are available in the primary dining area, and a sofa-comfy lounge and a tiny bar sit to the right of the entrance. The pop music soundtrack was too loud for my taste, but as the restaurant began to fill with diners, the soundtrack was subdued.

After we were seated, our bubbly server explained that because the restaurant had not yet acquired a liquor license, beverages were of the non-alcoholic variety. Upton 43 is also another place that has adopted the “no tipping” rule that is becoming popular in the Twin Cities.

The menu was small and surprisingly eclectic, with the dinner menu divided into “first” (appetizers), “second” (main dishes), and “third” (dessert). For our first, we chose a molded chicken liver pate with a honey-vinegar sauce containing glazed blueberries and topped with a few dainty watercress fronds. Only two seeded granola crackers were provided on which to spread the generous amount of the delicious pate. Another first that sounded delicious is the dried apple and acorn squash soup with onion, burnt cream, and linseed. 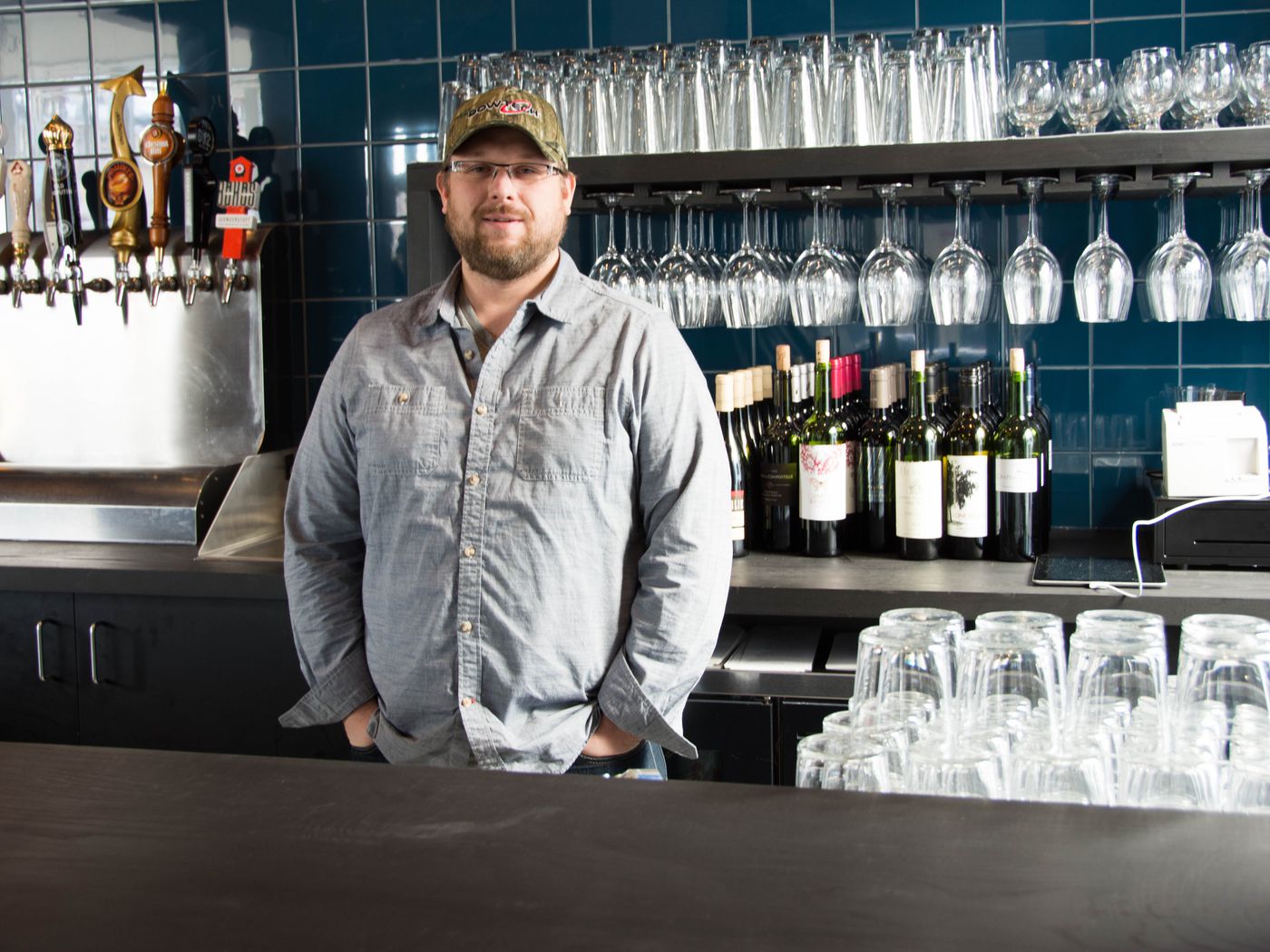 We ordered three of the “second” offerings. Spicy duck sausage chunks, which are served with onions, fig halves, and toasted buckwheat, were not greasy and the sausage was spiced mildly enough to suit even my spice-skeptical companion. The melt-in-your-mouth poached salmon is topped with roasted, shredded cauliflower and sits on a pool of cauliflower sauce. Searching the menu for familiar favorites, I didn’t find lutefisk, but Swedish meatballs are available. One taste of these gravy-laden meatballs reminded me of my mother’s century-old recipe, nutmeg and all. The accompanying potato puree is a smoother version of traditional mashed potatoes, and the charred, thinly sliced cucumber adds a refreshing side note to the meal. We didn’t have time to ask the server about the desserts, but the $12 price would prohibit me from ordering one, no matter how delicious-sounding they might be.

At the time of my visit Upton 43 did not have brunch/lunch hours, but they have since been added. I would like to return to try some of the brunch dishes, such as the warm grains topped with pear, maple, gjetost (whey cheese made from goat’s milk), and vanilla oil. Swedish pancakes feature juniper, orange, and honey. For heartier, more lunch-like fare, check out the omelette with walnuts, onions, gouda cheese, and truffles. Several of the smorrebrod (open-faced sandwiches made with rye bread) sound appetizing, including the gravlax (thinly-sliced salmon cured in salt, sugar, and dill) and the medvurst (Swedish soft salami). A children’s menu is also available.

Because of my Scandinavian roots, I love Upton 43’s fresh concept of Swedish food with a modern twist. Upton 43 is not the type of restaurant that most people can visit often, mainly because of the high prices, but it is very appealing as a special event or date night destination. The service is top-notch, the food is unique, and each piece of tableware is a work of pottery or stainless steel art that provides the perfect backdrop for the petite and beautiful food presentations. You don’t have to be Swedish to enjoy this place; just go with an adventurous attitude and be open to trying something new and unfamiliar. Call or go to the website to make reservations, especially on weekends. On a scale of 1 to 5, 5 being the highest, I rate Upton 43 as follows: Food = 4, Service = 5, and Atmosphere = 4.

SIX ARRESTED AND ONE TO SURGERY AFTER STABBING EARLY SATURDAY

Saturday morning at 2:30 am on January 8, security personnel from the Choice Gentlemen’s Club called 911 reporting an assault involving 5 parties who just fled the area in a car. As the vehicle was leaving the scene, a passenger threw a bloody switchblade knife from a window onto the ground.

As squad was enroute to the scene they were flagged down at 1st Avenue North and 3rd Street North by one of the victims. Victim 2 was found to have 6 stab wounds, 3 to the head, 1 to the face, 1 to the upper arm, and 1 to the lower left side: all were not life threatening. Victim 2 was transported to HCMC.

Additional squads continued to the 911 callers location and found a second stab victim (victim 1) lying on the sidewalk across the street from the Choice. Victim 1 was found to have a stab wound to his neck, and was unresponsive.

Victim 1 was rushed to the STAB room at HCMC, then to emergency surgery where his status is currently unknown.

A short time later the car was seen dropping two parties off at the HCMC emergency entrance. As the vehicle left it was stopped by MPD and Hennepin County Deputies. Four suspects were detained and later positively identified during a show-up as being involved in the assault.

Officers then located two more suspects inside HCMC, one of which had a stab wound to his hand. The uninjured suspect was escorted outside HCMC and positively identified during a show-up as being involved in the assault. The final suspect with the stab wound is currently receiving medical care and will be arrested/booked after being discharged from HCMC.

Six suspects were booked for PC Assault 2, a weapon was recovered, and a vehicle.

THURSDAY’S 7-DAY: SHOT OF SNOW, THEN ANOTHER ARCTIC BLAST